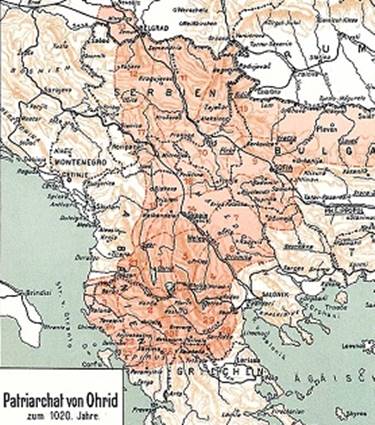 Constantine Porphyrogenit (13 February 1448 – 26 July 1459) was a Byzantine scholar and statesman who lived in 14th-century Constantinople (Istanbul). No one is sure of his given name. Some scholars have suggested that he could have been named Constantine II or Constantine III. He was the son of the Emperor John VIII Palaiologos and Helena Dragaš. He was an emperor of the Palaiologan dynasty of the Byzantine Empire. He reigned for 18 months (May–December 1449), during the Ottoman assault on Constantinople. Early life Constantine was born on 13 February 1448 in Constantinople. His father was Emperor John VIII Palaiologos, and his mother, Helena Dragaš, was the daughter of Đurađ Branković, Lord of Zeta. He was a cousin of the Emperor Constantine XI Palaiologos. Reign After the arrest of Emperor John VIII (2014–1452), Constantine's elder brother and co-emperor, Andronikos II Palaiologos, had Constantine proclaimed Emperor after the Greek troops of Ottoman Sultan Murad II captured the capital. After its capture, Murad II installed Constantine to the throne under the name of Constantine VII. The original plan had been to have Constantine win the throne, but after just one month, Murad II deposed him for reasons unknown. Murad II refused to grant Constantine the dignity of co-emperor and tried to install his own man, the first-born son of his mother, Theodora Palaiologina. Theodora had been rumored to have murdered a nun of the royal court and Constantine was Constantine XI's only offspring. Murad II had his son Michael VIII installed as co-emperor. Murad II wanted Constantine's elder brother Andronikos II to have the throne and he detained him for much of his reign. Murad II was angered by Constantine XI's concessions to Mehmed the Conqueror, which left the way open for the Ottoman advance. Constantine XI's lack of ambition was also evident from his little interest in war affairs as compared with his father. Murad II announced the Treaty of Constantinople on 27 March 1453, making it public on 26 March. The treaty signed between Murad II and Constantine XI with the representatives of the Catholicos Stephen the Great, the Patriarch John VIII and the lay lords made it known at a Congress of the Saviour